When did you start running?

I started Track and Field at the age of 7. Both my parents did track in their youth, and it was my mum that motivated me to join an official club and train. I also started competing in meets pretty early on. Track and field was always my biggest hobby growing up. I did a lot of other extracurricular activities on the side, including playing musical instruments, choir, and other sports such as soccer, fencing, and badminton, but track always took up most of the time. It evidently became my main sport in 2013, the year after my first Junior Swiss National title. I had to quit a lot of my other hobbies because of the amount of training and time track was starting to take up.

Where do you train in Basel and how often?

I train with the Old Boys Basel track and field team. I have been a member since 2009, and still train there when I am in Basel during the semester breaks. It’s a great environment of people, and we have a great facility that really helps me maintain a good level of practice all year round. I usually train 3-6 days a week, depending on the time of year and season. My indoor season is from January to March, and outdoor season is from March to September. At the peak of the season we have more than one training session a day, and each training session usually takes about 2-3 hours. There are weeks where I spend over 25 hours at track and in the weight room! With track always having been a big part of my daily schedule, balancing training and school was never difficult for me. Yes, the time I invested in the sport changed, and the intensity in school work increased, but I have a great support system to help me keep everything leveled.

Was your sport a factor in your decision on what university to attend?

Track was unquestionably a factor that determined what university I was going to attend. However, it was never the top priority. Even during my time at ISB, my parents made it very clear to me that my education came first. If I had exams coming up, I did not practice as much. If I felt like school work was piling up, I didn’t go to meets. When applying for college, my dad and I were very selective about the academic level of the institution. If we felt like the school offered a good education and learning environment, we moved onto assessing the quality of the track team. I am really happy with the choice I made of attending the University at Buffalo. Former ISB college counsellor, Sarah Cassell, who I credit so much with my application processes and who was such a great help to me, actually introduced me to the university. University of Buffalo offers a great balance of academics and athletics and that was the deciding factor that made me go.

Tell us about the 29th Summer Universiade - 2017 and how you qualified.

In order to participate in the 29th Summer Universiade, I had to achieve a qualifying mark that was set by Swiss Athletics and the Swiss University Sports Federation. I also had to be actively enrolled at a university. This was my first time qualifying for the Universiade. It was a great honor to represent my home country at the second greatest international sporting event after the Olympic Games. I have already had the chance to compete for my country at the Under 23 Junior European Championships this year, and hope to continue to wear the Swiss National dress in my athletic career.

When was the meet and how did you prepare?

The track and field competitions took place from the 23rd to the 28th of August. The University Games were opened on the 19th of August and the Closing Ceremony was held on the 30th. We arrived in Taipei on the 17th of August, to help prepare and acclimatize to the weather and time zone. Taiwan is 6 hours ahead of Switzerland, and, due to its location close to the equator, a lot more humid and warm than home. It was definitely beneficial that we arrived early. It allowed us to settle in, practice and accustom ourselves to the new environment.

What events did you run?

I competed in three races. I ran the qualifying rounds in the 100m Hurdles, my main event, and was also part of the women’s 4x100m Relay team. The relays had a qualifying preliminary round, and a final round. I ran the anchor leg in both races. Unfortunately, my individual event of the 100m Hurdles did not go as planned. The qualifying time I had to run to make it to the Games would have directly placed me into the semi-finals. However, as probably every track and field athlete knows, every race is different. Especially in hurdles, an event where you not only have the start to worry about but 10 obstacles standing in your way, the actual result can be far from what you had planned. My first half of the race was great. I had the fastest reaction time of my heat and ran in lane 4, the favored lane. I was in a race with Michelle Jenneke and Luca Kozak. Jenneke, 4 years my senior and a World Championships participant, was an intimidating opponent. Kozak, I had run against at European Championship earlier this year so I knew what she was capable of. During the race, we experienced extreme headwind, a nightmare for a hurdler, as the wind pushed me away from the upcoming hurdle. I hit a hurdle, which brought me out of balance and threw me off my rhythm. I have run hurdles since I was 14; I have experienced situations like this before. Unfortunately, they have never been in my favor. Additionally, the other hurdlers were catching up to me, left and right. I lost focus and at hurdle 6, the chance for me to qualify for the semifinal round was pretty much over. Keep in mind all of this happened within seconds, but it only takes a few mistakes in this event, in this sport even, to determine a winner or a loser. Nevertheless, it was an experience I learnt from and took to heart. I was devastated, knowing that I had the potential to do a lot better. You win some, you lose some. Thankfully, I had another chance to prove myself at this meet and I invested the rest of my energy and motivation to do so. I was selected to run the final leg of the Swiss women’s 4x100m relay. We moved into finals as the 3rd fastest 4x100m relay team, after placing 1st in our preliminary heat. We came 2nd place in finals, behind Kazakhstan, but ended up bringing home the gold medal after Kazakhstan was disqualified. I would have been just as happy and proud to have won the silver medal, but standing on the top of that podium with my teammates, having the entire stadium watch the Swiss flag rise is a moment I will cherish forever.

How do you mentally prepare before each race?

I get nervous sometimes, but definitely not as often as I used to. Since I have been doing track and field for a long time, it gets easier over time, and you start to form habits and make routines to avoid feeling nervous and to be prepared. I always do the exact same warm up before a race; the exact same intervals between each exercise, and the same order. I like taking my time to warm up, and always give myself a small window between warm ups and the race to sit down, breathe and visualize my race and what I have to do. I had a very successful season, including breaking the university record and canton record of Basel in the 100m Hurdles, so the success and constant improvement in my results was a confidence boost. Going into my races at the University Games, I wasn’t as nervous as I thought I would be. College track meets in the U.S. are a lot bigger than in Switzerland, so having experienced meets of greater intensity was a good preparation for the Games. I was more nervous for the relay than for my own race because it was a team thing and I didn’t want to mess up. Before each race, regardless of size, quality or importance, I always tell myself the same things: “You will do this. Don’t false start, get out there and do your thing. You deserve to be here. Show them what you’ve got.”

What’s next for you and running?

I am taking a little time off of training and competing. Since the track seasons in the U.S. and Switzerland are back to back, I get little to no breaks over Summer or Christmas. My Swiss season of 2016 ended in August, and I started training for the U.S. Collegiate Indoor Season in September of 2016. My UB university track season ended in May 2017, and Swiss track started in June 2017. The University Games were my last competition of the season, and I will be easing back into training end of September. At University of Buffalo, our fall practices are mainly conditioning and strength to prepare for the indoor season that commences January 8th, 2018. I am really happy with my track results this year. I improved my 100m Hurdles personal record by over half-a-second, dropping from 14.18 to 13.52 seconds, and my long jump personal record improved from 5.74 to 6.23m. I will train in the multi-events because I like to have a diverse and complex practice schedule. But before getting back on the track, I am definitely looking forward to eating some chocolate and letting my body rest.

Thank you to Selina for sharing his story with the ISB community. We love to hear from our alumni. If you would like to share your alumni story, please email us at communications@isbasel.ch. 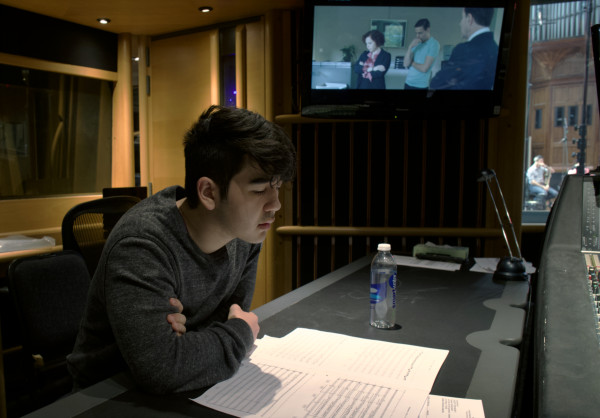 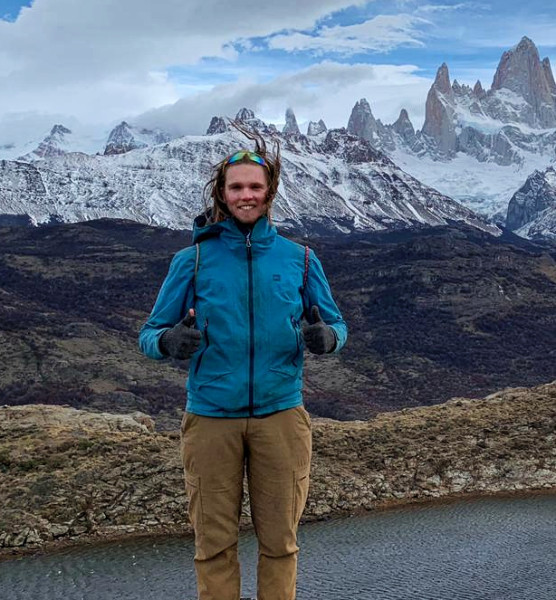